Menu
What Can I Recycle?
Find A Scrap Yard

Menu
What Can I Recycle?
Find a Scrap Yard

The Most Common Myths About Recycling — Busted!

RECYCLING IS EASIER, CLEANER, AND SAFER THAN YOU THINK. BUSTING THE BIGGEST MYTHS.

Every year, 130-million metric tons of scrap waste found a second life thanks to recycling.

And about 94% of Americans have recycling resources — in the form of curbside and drop-off facilities — available to them.

Despite this widespread access and the industry’s major contribution to global economies, we only recycle about one-third of our waste, in part because of persistent misinformation that discourages potential participants.

Here, we bust four of the most common recycling myths.

While most people don’t need to be sold on the value of recycling, there’s still a strain of skepticism out there. Recent polls by the Institute of Scrap Recycling Industries, Inc. (ISRI) found that only 49% of people surveyed believed recycling reduces greenhouse emissions.

The recycling process isn’t zero-impact and doesn’t perfectly cancel out the material and environmental costs of making products, so those looking for a “perfect” reason to recycle won’t find it. But in the context of the damage caused by obtaining new natural resources, and the wisdom of not letting things go to waste, recycling is still a better solution to the world’s waste stream than many available alternatives.

In fact, according to the Environmental Protection Agency, in 2013, recycling and composting cut greenhouse gas emissions by more than 186-million metric tons of carbon dioxide.

Recycling a single ton of steel saves 2,500 pounds of iron ore, 1,400 pounds of coal, and 120 pounds of limestone. And the process of recycling — all that sorting, sifting, and separating — keeps hazardous materials such as mercury and lead out of landfills, preventing them from leaching into the surrounding ecosystem.

MYTH #2: RECYCLING HAPPENS AT THE CURB

According to the EPA, more than 70% of Americans live in communities with curbside recycling, though only an estimated 55% actually participate.

People may think that if the recycling truck won’t pick it up, and it’s not in good enough condition to sell or donate, their only other option is to trash it. But that’s not true. Curbside might be the most convenient way to recycle, but it’s not the only way.

In fact, roughly 64% of Americans live in communities with drop-off recycling centers. Those facilities can often take a wide array of materials that curbside services leave behind, while some specialize in just one category, like scrap metal.

PIPES, WIRES, ELECTRONICS, VEHICLES, AND HOUSEHOLD APPLIANCES ARE ALL EXAMPLES OF THINGS THAT DON’T BELONG IN THE CURBSIDE BIN – OR IN LANDFILLS.

So, when you’re ready to get rid of something a little unusual, get in touch! It may take a little extra effort, but it’s worth it: for example, every ton of paper that’s recycled saves more than three cubic yards of landfill space for non-recyclable waste.

MYTH #3: RECYCLING IS TOO COMPLICATED

The days of hand-sorting your recyclables are largely behind us. Instead, most curbside programs use a “single-stream” approach, meaning paper, plastic, and metal can all go in the same bin for pickup, to be sorted later at a recycling facility. This process is simple by design, but when it comes to things that don’t belong in the bin, it’s not as clear-cut. With so many varied materials and items to recycle, and exceptions to every rule of thumb, there’s a lot of room for confusion. That can discourage people from trying.

We don’t expect all of our customers to know exactly what kind of scrap metal they’re bringing us. Some things are easy, like aluminum cans or copper pipes, but not everything is that obvious. That’s where our experts come in. Simply pull into the drive-through, where knowledgeable employees unload, separate, weigh, and price the items.

If you’re ever uncertain about whether something you have is recyclable, you can use our What Can I Recycle guide or call the yard nearest you.

It’s not uncommon that people who have never visited a scrap recycling center are intimidated and anxious about their first visit. After all, towering piles of sharp, twisted, and crushed scrap metal, surrounded by heavy machinery and huge trucks, isn’t an atmosphere that most members of the public are used to.

Industry and company regulations are designed and frequently updated to maximize worker and customer safety. ISRI and its member companies follow the motto, “Safely or not at all,” and strive toward a zero-accident goal. ISRI’s regulations and standard practices provide an extra layer of protection beyond typical Occupational Safety and Health Administration (OSHA) requirements.

There are certainly risks involved in any industrial environment like this. That’s why safety is a core value at every level of our organization, a commitment that extends to our customers. We are always looking for ways to improve and modernize our facilities and make for a better customer experience, so customers can feel confident and welcome every time they visit.

More Articles for you

How to Stay Safe While Visiting a Scrap Recycling Center

Whether it’s your first time visiting a Cohen Recycling Center to sell your scrap metal, or you’ve been coming for years, there’s never a bad time to brush up on basic scrapyard safety. Learn the do’s and don’ts for visiting our facilities. 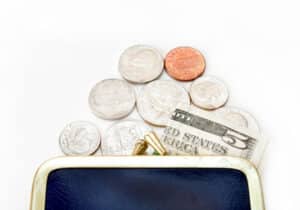 What Items Does Cohen Charge For?

Tossing devices into the trash and inevitably into the landfill is wasteful, risky for your personal security, and bad for the environment. Most devices can either be reused, broken down for parts, or recycled for materials like precious metals that can be used to make new devices.